[Posted by the Mod Team] It has come to our attention that there are several Facebook sites proclaiming to be author Patricia Briggs. They aren't. Patty is in no way affiliated with them and the following links are her official social media pages only:

If you see another Facebook Patricia Briggs author page and like it and it's not linked here be aware that it's not Patricia Briggs but someone that is using her likeness and posting with unauthorized permission.

We hate to point out things like this but having a fan page is different than posting and implying you're someone you're not. We've contacted Facebook and reported these fraudulent pages in the hopes that they'll remove them but we want Patty's readers to be aware that they're out there and unsanctioned. We also want to point out that if you are contacted by these sites and asked to purchase products via them, they are a scam. If you know of this happening to anyone or you have been contacted by one of these pages we would like to know so we can report to Facebook. We care about Patty and Patty's fanbase and don't want to see anyone being taken advantage of in this way. Patricia Briggs social media promotes via giveaways and any sanctioned merchandising is available only through the official website store. We will not contact individuals through private messaging with offers.

If new social media for author Patricia Briggs is added or changed in any way we will always post and promote it via the above links.

Cover for the upcoming anthology Shifting Shadows: Stories from the World of Mercy Thompson 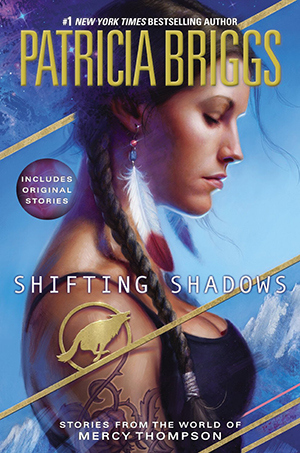 Enter to win a hardcover copy of Night Broken or a chance at one of 2 custom made Adam plushies. Giveaway is open internationally so all entries are welcome no matter your location.

Opens today at 11am PST and ends on release day, Tuesday March 11th at 10am PST

The custom plushies were made by a great artist, Lucy Bartlett who we found on Etsy:

She made us two adorable Adam werewolves...and who doesn't want Adam guarding their book collection? We added the fantastic little Hauptman Security t-shirts to them that Mike and Patty have for sell at the Hurog store.

The photos are with and without the t-shirt but both come with them. 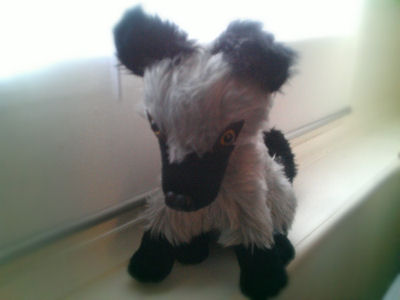 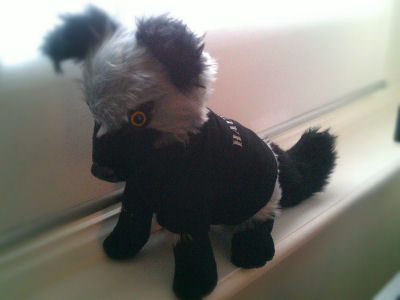 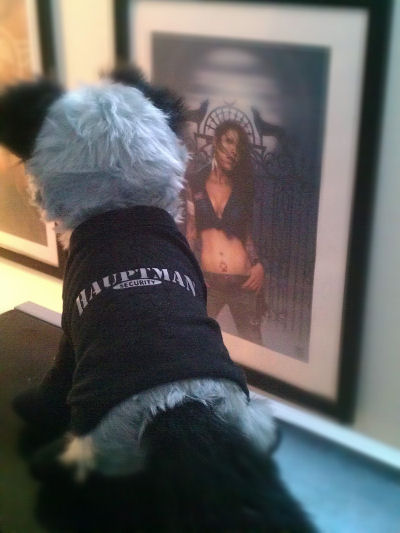 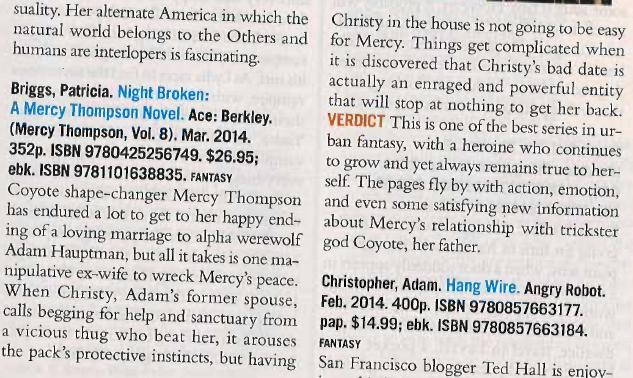 Mike has posted the sample chapter for Night Broken.

You can read it here: http://www.hurog.com/books/nightBrokenChapter.shtml

With Frost Burned being released Jan 28 in paperback we thought we'd gather all of the latest information we have on the upcoming books with new details on the anthology. Mike's lastest Twitter on Jan 27 talks about the status of that book. Here it is, if you've missed it:

Patty turned in all of the short stories for "Shifting Shadows" last night, though there's several rounds of edits ahead.

We also have a giveaway coming up for those of you who want another chance to win Night Broken.

On to the update!

Frost Burned is now available in paperback and the ebook prices will now reflect that.

Hunting Ground is also now available in Hardback as well as paperback, and ebook.

The schedule and some details for upcoming books.

Includes all these previously published stories:

Alpha and Omega novella (From On the Prowl )

Silver - Bran and Sam prequel story that has become a novella

2014 Appearances and Signings (Reprinted from www.patriciabriggs.com)

Patty has been asked to attend the Ad Astra convention as a Guest of Honor. This should be a lot of fun, and we're really looking forward to it. See you there!

Patty will be teaching at the Leuphana Universistät in Lüneburg for the first week, then giving a talk a the U.S. Embassy in Berlin sometime on the second week. Her assistant, Ann, and husband Mike will be traveling with her to make sure that we don't miss out on the fun, and heckle from the audience (don't knock it, we're professional hecklers)

We'll be flying to London for tea and crumpets. Except that we don't drink tea, and wouldn't recognize a crumpet if one bit us. Still, we're dashing of for LonCon, the World Science Fiction Convention. Hopefully, we'll get to meet a few of Patty's UK readers, with whom we've exchanged many lovely emails.

The Bellingham Comic Con invited Patty to attend as a guest of honor, and we're honored to accept. So, we'll be there with bells on. Actually, probably not bells, but I'm not sure what we'll be wearing to comic con. Awww Jimminy Cricket, now I've got to come up with a costume, and I'm pretty sure I'm over the load limit for Spandex. Hmmm. Maybe I can go as Totoro . . .

March 4, 2014: We'll be hosting a giveaway of the Night Broken hardcover for one lucky winner. It's open to both NA and International readers. We'll also have Mercyverse prizes for the 2nd and 3rd names drawn. Details will be posted closer to the release date of Night Broken here on Booklikes plus Facebook, Twitter, and the Hurog forum.

Poster for Patty's class in Germany 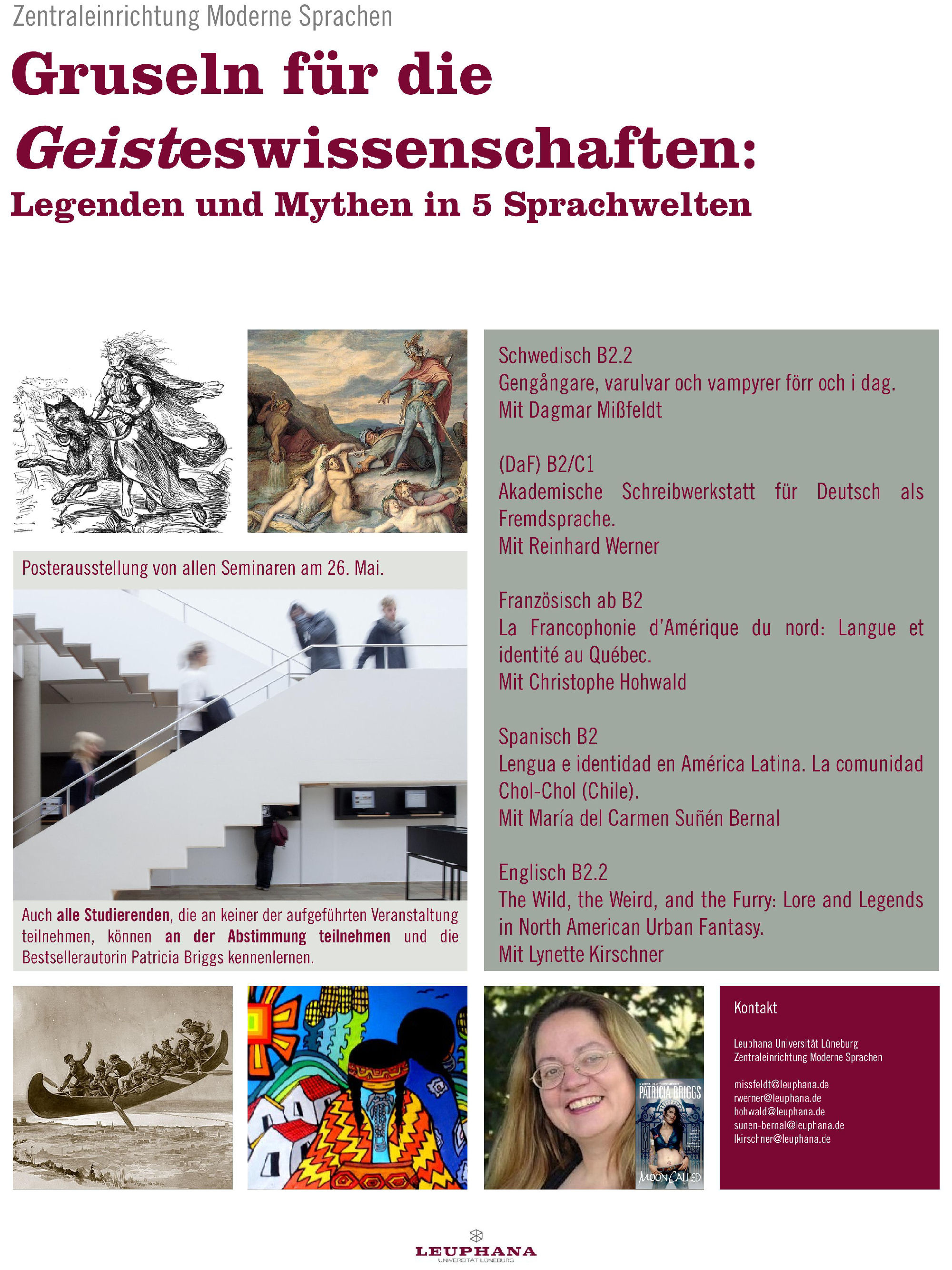 We're giving away 2 early copies of Night Broken, these are advanced reading copies (ARCs) and we have a US only giveaway happening at the same time an International only giveaway.

Please make sure you enter the right giveaway!

Good luck to everyone!

It's running off the main site here: http://www.hurog.com

ETA: Date correction. With 3 of us running this we've crossed wires a few times. :D

Mike has a new blog post up on the main site. You can read it here: www.hurog.com

Mike posted it on the site and you can read it here! :) [Mod]

Patty has several releases in 2014. Night Broken, the 8th Mercy Thompson novel, will feature some old and new faces alike which will make Mercy’s life complicated but interesting. Then later in the year there will be a Mercyverse anthology called Shifting Shadows. It consists of all the previously published shorts, the Alpha and Omega novella, and a handful of new stories.

Because ‘tis the season of being jolly and goodies, we have a few fun giveaways planned in the New Year.

In January, two ARCs of Night Broken will be up for grabs. They’ll be signed and personalised to each winner by Patty. One ARC will be for US readers and the second ARC for international readers only. You can also look forward to a Night Broken March release week bonanza with a chance to win a hardcover copy of the book and some Mercy swag from the store.

Thank you all for your continued support and for joining us in anticipation of a very Mercycentric 2014. Have a wonderful and fabulous holiday, and a happy New year from Patty and Mike as well as Ann and everyone else here in the Patricia Briggs official news team!

Night Broken Or Today I am Twenty

Night Broken is my twentieth book. That’s pretty cool. I set out on this journey all those years ago to see if I could actually write one book. And now I am twenty ...er I have twenty books. I am much much older than twenty.

I’ve had a lot of requests for supernatural beings outside of the mythology of Europe and Asia. The one I picked for Night Broken is, at the very least, not one of the more commonly found creatures and I had a lot of fun doing research for him -- not something I usually have to do a lot of when dealing with more Celtic/European or Native American supernatural creatures. I also read a lot of history of an area of the world I haven’t explored much. So I was a happy camper when I set out to write this -- and the book just got more and more fun as I wrote.

Twenty books -- and every one a different journey with imaginary friends--and real ones. I hope you’ve enjoyed all the trips as much as I have.

[Reposted from www.patriciabriggs.com by Mod] 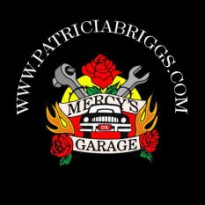